Wanna check out this place ? Sent a message with your request to Ran Groetjes (FB-Messenger)  and get the GPS-coordinats.

Now that he was relegated from the central spots of the capital, Josef Stalin has got to hang around in remote ruins. In Bernau there are two parcels with big building blocks, which were the headquarter of the Heeresbekleidungsamts – something like a national clothing agency – during the Third Reich. After the war, the Red Army took over the place. The 90. Armoured Division was the last group to use the installations, before they were abandoned in the year of 1993: Where once was a direct train track, in order to deliver asap the new fancy uniforms or the most modern weapons, trees and bushes are growing now completely unwound. And in the buildings, in which generals were discussing the possible development of a third world war, now prevails the decay and a grave silence, which is only interrupted by some distant footsteps and you ask yourself if it’s only the echo of your own ones or maybe the ones of a soldier, which was left behind… 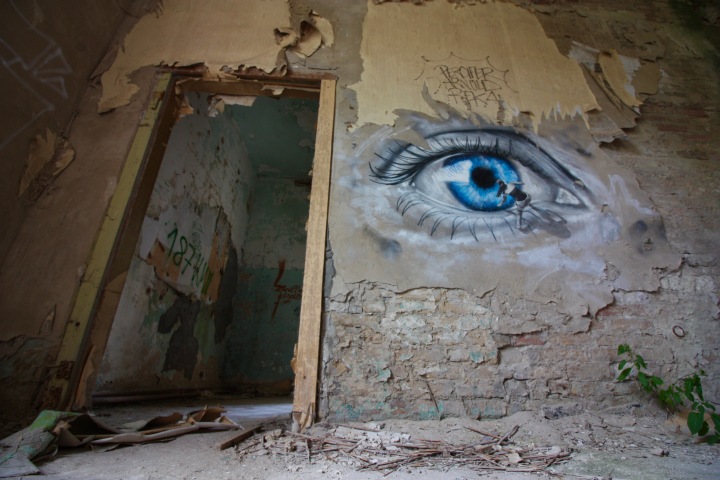 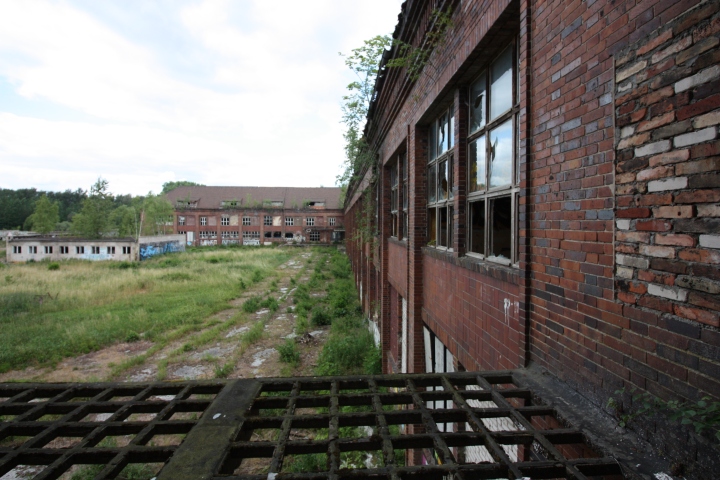 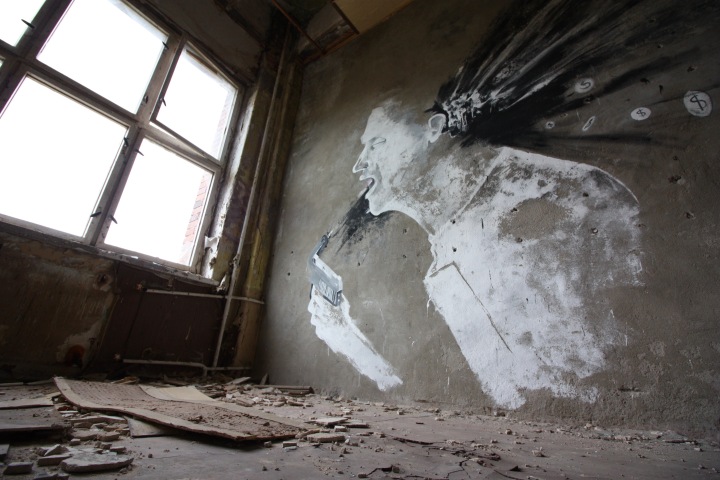 For our blog the big question is, of course: Is Stalin still sneaking around in some corner of this giant complex? The rooms, garages and storehouses were cleared, but you can still find some vestiges, which remind you of the particular past of this spot: The constant „Rauchen Verboten“ (smoking forbidden) in Oldgerman letters, the Cyrillic inscription on walls, panels and elevators, cards of the soviet communist party, an old can of imported delicacy, a few tattered khaki-colored-coats, old world-maps and deteriorated military murals, which judging from its artistic value, would seem to have been made by a kindergarden-class: Army and art is a peculiar (or shall we even dare to say dangerous?) combination, which does not always lead to satisfactory results. 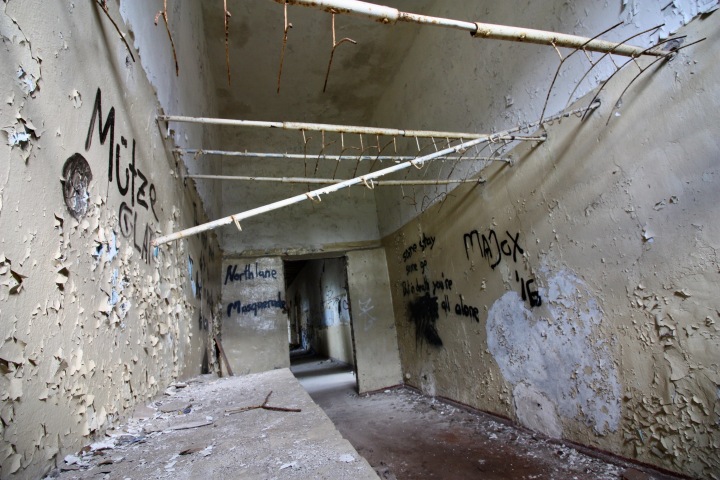 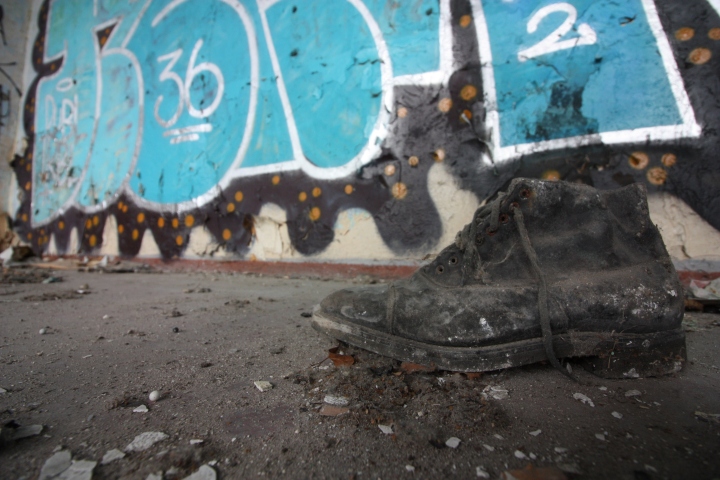 An old trick to hang wallpaper, tells you to put a layer of newspapers sopped in glue between the wall and the wallpaper. The soviets apparently strictly followed this recommendation, because in many rooms you can see, next to the shreds of paper hangings, odd mosaics of Russian newspapers from the 80s and 90s. 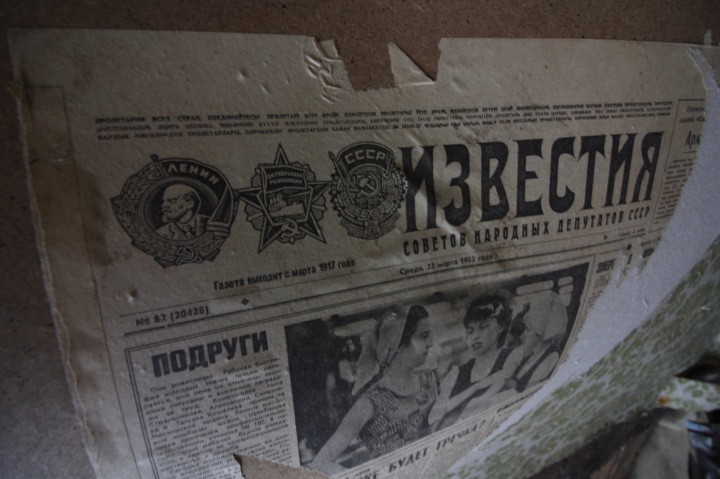 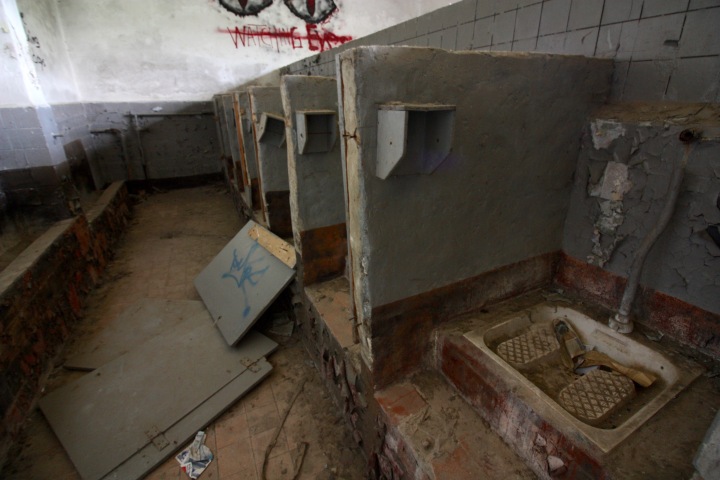 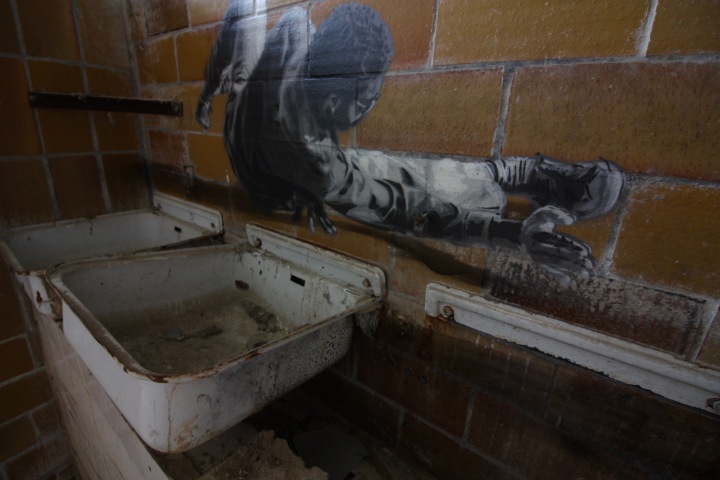 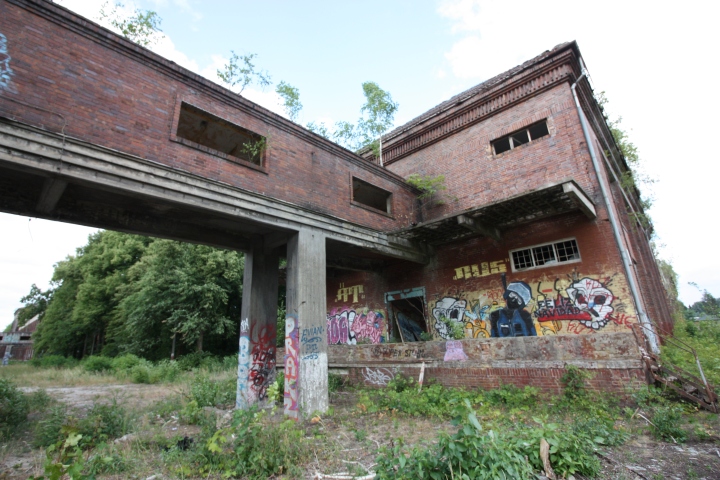 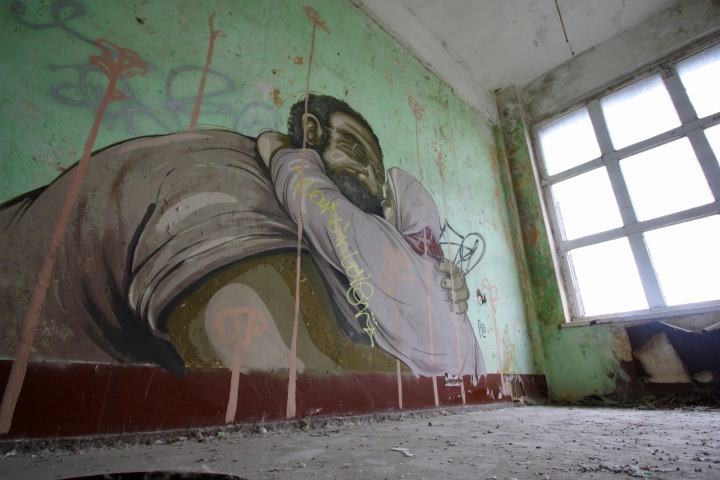 Disclaimer: I never claimed that I visited this place. Nor did I advise or force anyone to visit this place. Entering such buildings is prohibited and can be punished with high fines or in some countries you may be fined with a prison sentence.